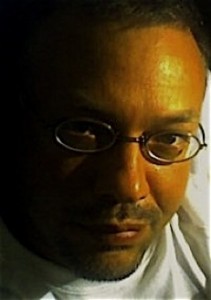 Hi, I’m Peet McCain, former contributor to the SmorgShow and lifelong friend of Chris Bockay. Winner of the DJ of the year award (the Deeger) in 1982.  My remembrances of the show are slightly different than Chris’s. Chris and I started “broadcasting” long before Chris went to a high school that had a radio station, originally making tapes for a non-broadcasting (meaning fake) radio station Chris created we called W.K.I.D. At WKID we practiced bantering into a tape recorder, as well as parody songs and pre-written comedy bits. We went on remote “broadcasting” live shows and even did voice impressions of newsmakers of the day. This all began around the ages of 12 and 14 as I recall.   As a result of those tapes and our other ventures into radio, Chris actually had the equivalent of 3 or 4 years experience as a disc jockey in his freshmen year of high school.  This caused a bit of tension between Chris and the management at the station (WDGC-FM Downers Grove). Seniors in high school as well as the teacher, Fred Moore, were not accustomed to freshmen walking in the door with fully formed opinions about how things should be run. 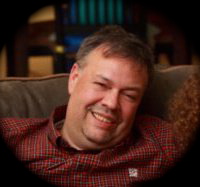 Because of our years of experience at WKID (you can laugh, but we really did the work), Chris and I were a team for a very long time when he got the chance to be on the actual high school radio station. So not long after Chris got an air shift, Peet started coming in as the sidekick/board operator/writer for Chris’s show.

Chris and I followed the very loose format of our –mentors is too strong of a word– Steve Dahl and Garry Meier which embraced a conversational style and riffing on many different subjects over extended periods of time. We named the show the Smorgasbord as an obvious referral to tackling any subject we wanted. (It is also fun to say “Smorgasbord”—try it. No really, go ahead, try it) Conventional radio wisdom taught at the high school though, favored tight formats and very little talking. Did you try saying Smorgasbord yet? Seriously, a very funny word. 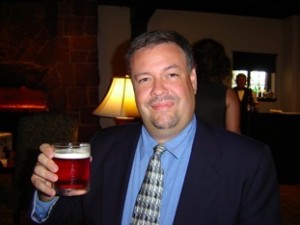 As a result, our time at WDGC was always fun, but occasionally contentious. At some point we reached a compromise of pre-taping some of our segments. This topic is worthy of more attention, but in the interest of brevity, I’ll move on.  Our experiences in broadcasting, eventually 8 years in radio and about 4 years doing various TV projects led us down different paths. Chris turned his experiences into a successful career in marketing, while I pursued sales and other business functions. 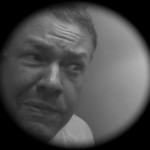 I don’t know if our time at WDGC taught me to question authority, or whether I just naturally do that because I’m me. But Chris and I were occasionally painted as villains or at least mischief makers at the station as a matter of course throughout our time there. We always felt that we were in the right and knew more about the best way to do radio. Yes, it turned out that we were totally right, but that’s beside the point, isn’t it?  Perhaps Fred Moore was right at the time and we were unknowingly victimizing him. Years gone by have given me a different perspective on teenagers. I have to say, we kept him on his toes! 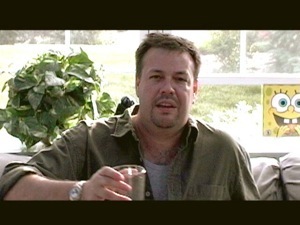 I guess the best thing that came out of our radio collaboration was of course, our friendship, now lasting more than 30 years. The reality is that Chris and I are not very much alike, but we pursued radio as a team, along with Dave Jackson, Jerry Malauskas, and a few other characters along the way. Perhaps it is because we address issues from very different directions that made us successful.

Let me just say something about our success. We were part of the leading edge of broadcasting at the time, pioneering the format that has now become the standard throughout the industry.  In our younger teen years, we were forging our own destiny with minimal support from our parents. Within the group of DJ’s, we were known as a strong show that was maybe a little silly, but with pretty tight engineering and truly original ideas. We were communicating and coordinating elaborate live shows and developing strong personalities while fighting a system that was challenging us at every turn. 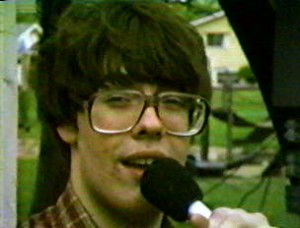 Obviously, I have some pride about our accomplishments back then. Our work as DJ’s and producers of comedy bits mostly kept us out of trouble as teenagers. We developed very strong work ethics that are retained to this day and an awareness of communication skills that is also quite useful in the business world. So there it is; my little soliloquy on reasons for having an ego as big as the high school quarterback’s. I think we earned it.