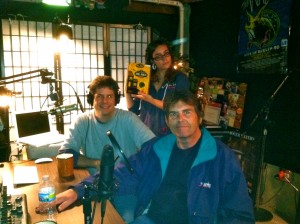 On this episode, Dave Jackson from the old Chris and Dave Smorgasbord radio show joins Chris and Ally in the studio for a special 45th birthday celebration for Chris.    We look back on the contribution that Steve Jobs has made on the world and play a segment from his 2005 Stanford commencement speech.   We discuss some of our favorite features of the new iOS 5 operating system for the iDevices.   Chris discusses his meet and greet with Cliff Ravenscraft, the Podcast Answer Man.  Other features include, Baba News and Get a Life.   Peet McCain and Granny Rose phone in birthday greetings for Chris. 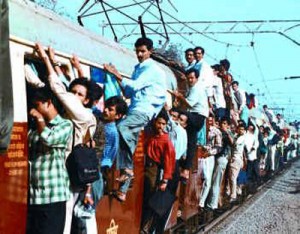 On this week’s show, Chris and Ally discuss a new disturbing craze in India regarding the Reay Road Boys scaling the outside of a moving transit train.   These young daredevils have been caught on video which has gone viral on YouTube, prompting a copycat scenario.   Baba has just returned from the Ganesh Chaturthi festival and witnessed an accident first hand.

News Balls:  Pink Floyd’s pig flies again outside the Battersea Power Station in London, and a man on Salt Lake airlines threatens a man’s life over the armrest.

A new installment of “Get a Life”.   If you want to trade in your old, worthless life for a brand spanking new one, call our hotline (312-95-SMORG) and tell us why you are deserving of a new life.   Be sure to specify door number 1, 2, or 3 and we will give you a new life! 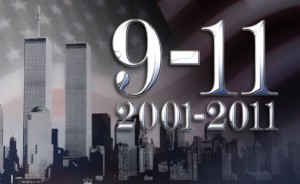 A 10-year anniversary retrospective of the 9/11/01 terrorist attacks.  Chris and Ally present an audio montage against the timeline from that day.   Featured Artist of the Week:  Doug Hanks 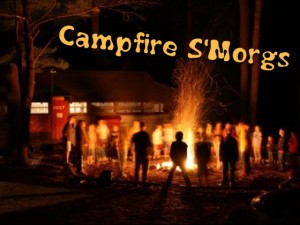 In this week’s episode we unofficially close out summer by taking our show to the woods!   We present our very first live streaming event from Waa Kee Sha Park in Oswego, IL.   Join us around the campfire for ghost stories, campfire songs, and an exclusive S’Mores recipe that we like to call “Campfire S’Morgs”. 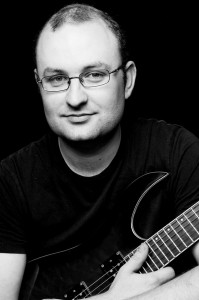 We feature an exclusive interview with singer-songwriter Jordan Martyn and we debut a brand-new recording of his.   Check out Jordan’s website at: JordanMartyn.com

Chris shares his professional demo recordings from his voiceover acting class and makes the announcement about launching SmorgShow Productions as an official voiceover recording services business.   Other features include “Baba News”, “News Balls” and a discussion about how the Insanity Workout program is working for Chris after month one.

On this special Independence Day edition of the SmorgShow Podcast, Granny Rose joins Chris and Ally in the studio for the full show.  Granny shares a holiday recipe and some tips to make your 4th of July picnic more enjoyable.    Then Chris gives Ally and Granny Rose a quiz on fireworks safety. Finally, we share some flag etiquette. 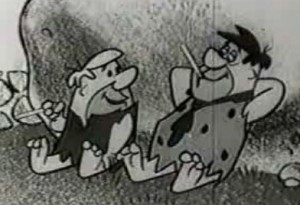 Chris and Ally take a travel back in time to the golden years of radio by listening to some vintage radio commercials.  There was a time when it was okay to use the Flintstones to sell cigarettes.

Other features include: ‘News Balls’ where we discuss an assault using a dead weasel, angry crows dive bomb police in Seattle, an unusual donut shop robbery and a contortionist thief.   Baba joins us for two features:  “Breaking Bread with Baba” where Baba shares his recipe for a refreshing yogurt-based lassi drink, and a new installment of “Baba News”.  Finally we give away a new life to help save the dignity of one suburban father. 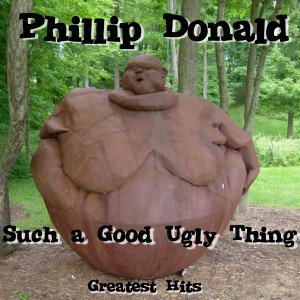 Dave Jackson joins Chris and Ally in the studio again this week.   A listener sends in his voiceover demo recordings to the SmorgShow, but we really don’t know why.   A discussion about the end of the world which has come to naught once again.   Phillip Donald releases his debut CD and visits the studio for an exclusive interview and gives the crew a special gift.   Baba Gonesh presents news from India, we give a life away on another installment of “Get a Life”, and a man eats his 25,000th Big Mac and lives to tell about it.

Featured Artist of the Week: Stonehoney 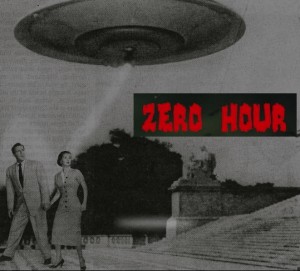 Featured Artist of the Week:  Jordan Martyn.   Jordan has been featured on our program before, but on this episode we present a SmorgShow Exclusive:  Jordan’s new studio version of “Runaway to Me”.   We are honored that Jordan has selected the SmorgShow Podcast as the first venue to air his new song before it is made available to the public.   Check out Jordan’s website at www.jordanmartyn.com.

Dave Jackson joins us live in the studio again in this action packed episode:  An update on the new SmorgShow Theater radio play, Baba’s new podcast is up and running and has a larger audience than the SmorgShow Podcast, Chris quits his day job after receiving an outstanding evaluation from the good folks at the Voices For All voiceover acting school.

News Balls:  A new study on belly button bacteria, the corpse flower is set to bloom in Ohio, and a man eats his finger after being depressed.   EASTER BUNNY SPOILER ALERT!  Granny Rose joins us again to give helpful Easter egg decoration and hiding tips. Baba Gonesh presents another installment of Baba News.  Also, we help a man get out of his desperate situation on Get-a-Life.  Finally, ‘Where’s Tisha?’ and listener feedback hotline calls.

Featured Artist of the Week:  Cross the Border 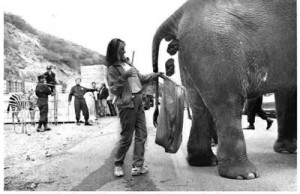 Chris and Ally are back in the studio together for the 50th SmorgShow Podcast Episode.   Breaking News: Obese Ohio Man Dies After Being Fused to Chair for Two Years,  Chris discusses some famous April Fool’s Day job firings, Chris and Ally discuss their plans for their next old-time radio play, another installment of game show, “Get A Life”.

Baba Gonesh talks about launching his brand new podcast series, “Not Just for Baba Anymore – The World View and Wisdom of Baba Gonesh” then delivers this week’s installment of “Baba News”.  Stories include: Man marries his dog, Man Eats a Snake for 100 rupees, Elephant Dung as a source of livelihood, and Elephant Boy returns to school.   Finally, Philip Donald performs. 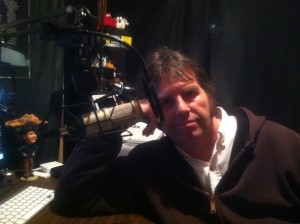 The Chris and Dave reunion show!   Dave Jackson joins Chris in the SmorgShow studio for this special reunion episode.   Chris and Dave discuss their voiceover acting class, go down memory lane from the old Smorgasbord radio show years, and call old SmorgShow contributors Peet McCain and Jerry Malauskas.   Baba Gonesh visits with another installment of ‘Baba News’ and discusses the 2011 Holi Festival.  We take a call from the hotline and give away another exciting life on our game show, ‘Get A Life’. 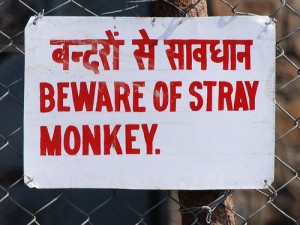 It’s Ally’s birthday weekend and Peet joins in on the fun remotely from Cleveland.   Peet discusses the gift certificate for a Second City acting class that he gave Ally.   Ally describes how her party this year will involve a video scavenger hunt at the local mall.   Baba Gonesh is in the studio this week to delivery news from India:  Monkey catchers in India finally get a pay increase, the world’s largest family, and a man-eating elephant devours 17 human beings before being brought to his death.    Finally, another installment of “Get a Life”.

Call us at 312-95-SMORG and tell us about your boring and worthless life.    You can then swap that life for something more exciting by choosing door #1, 2, or 3!

Earlier in the episode we mentioned we were going to call Dave Jackson for his birthday.  We actually did try to call him but we were not able to reach him.  That portion of this show was edited from the final production.   Happy 46th birthday, Dave! 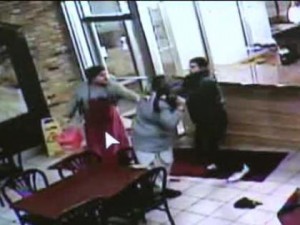 On this episode, Baba Gonesh calls in with a play-by-play recap of the near tragedy at Baba’s restaurant where a man tries to blow up the place.    Chris talks about his visit with Dave Jackson over the weekend and his plans to take a voiceover acting class. 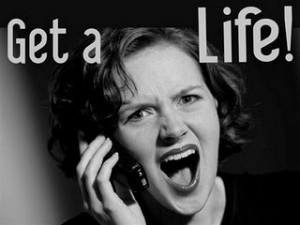 On this Valentine’s Day show, we welcome Granny Rose back to our studio to talk about how to celebrate the holiday.  Baba Gonesh recites a few sentimental love poems, and Phillip Donald performs his latest hit, “Be My Valentine.”

We also debut our newest segment, “Get a Life” which was originally featured on the Chris and Dave Smorgasbord radio show.   If you have a boring life and want to exchange it for something more exciting, please call our hotline at 312-95-SMORG.   Tell us why you are deserving of a new life and select door #1, 2, or 3. 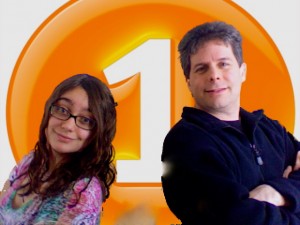 On this special anniversary episode, Chris and Ally look back on their first year of podcasting.   We play the top 5 listener favorite bits from the first year,  Peet calls in with a special anniversary message, and Chris and Ally are featured on the Podcast Answerman show where host Cliff Ravenscraft offers suggestions for growing the SmorgShow audience.   Baba Gonesh presents a disturbing tale of the Bedbug and the Flea. 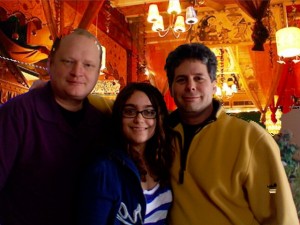 This week we bring you our show live from Baba Gonesh’s restaurant, “The Hidden Palace: A Taste of Baba”.   Old Smorgasbord Radio Show member Jerry Malauskas stops in and co-hosts the show with us.   We discuss Indian cuisine including the basics of an Indian meal, terminology, spices, and desserts.   We go through Baba’s buffet items and Baba joins us to discuss the proper etiquette of eating in an Indian restaurant.   News Balls:  a Hitler-mocking dog, a Russian exorcist killing, Romanian witches who use cat excrement to curse the country’s taxmen, and the star realignment impact on the horoscope. 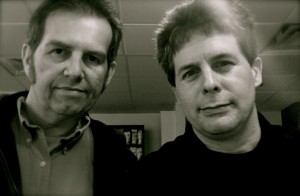 On our first show of the new year, we re-connect with Dave Jackson from the original Chris and Dave Smorgasbord radio program.   Dave gives us an update on what he has been up since Chris and Dave disbanded and the challenges he faced with his radio career. We go down memory lane with a few highlights from the original show.   Baba Gonesh presents the story of “Tenali Raman’s Gift”, and News Balls:  Top 10 offbeat stories of 2010. 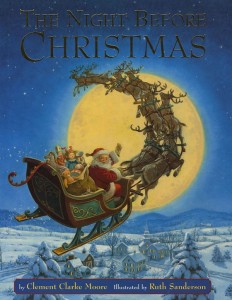 On this special Christmas Eve episode Granny Rose reads ‘Twas the Night Before Christmas”.   Baba Gonesh has a very somber message to deliver about the children of India and how the listening audience can help a child in need.   For more information, go to Baba’s blog entry at https://smorgshow.com/compassion 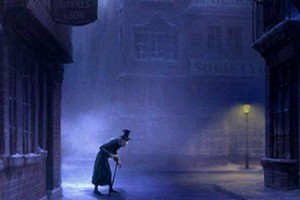 This week we devote the entire episode to our latest radio play production, “A Christmas Carol”, by Charles Dickens.   It is a relatively faithful rendition of the original story, shortened to around 45 minutes in order to keep in line with our usual show length.  We brought in a large cast of actors to play the many characters of the classic story.   This was by far our most ambitious production which would not have been possible to pull together if we had not previously done the other old-time radio dramas from our earlier episodes, like “Sorry, Wrong Number”, “On a Country Road”, and “The Sisters”.     We had a great time over the past couple weeks preparing, directing, and producing this show.   We really hope you enjoy the final outcome of it.

We would like to thank all the people who made this recording possible, some of whom even braved the nasty winter weather by making the long journey to our studio to lay down their tracks.   We also want to thank our loyal listeners for making 2010 a very memorable year for us as we brought you our new weekly podcast of the SmorgShow.   It has been a very rewarding year and we look forward to doing more of it in 2011.    Merry Christmas to all and ‘May God Bless Us Every One!’