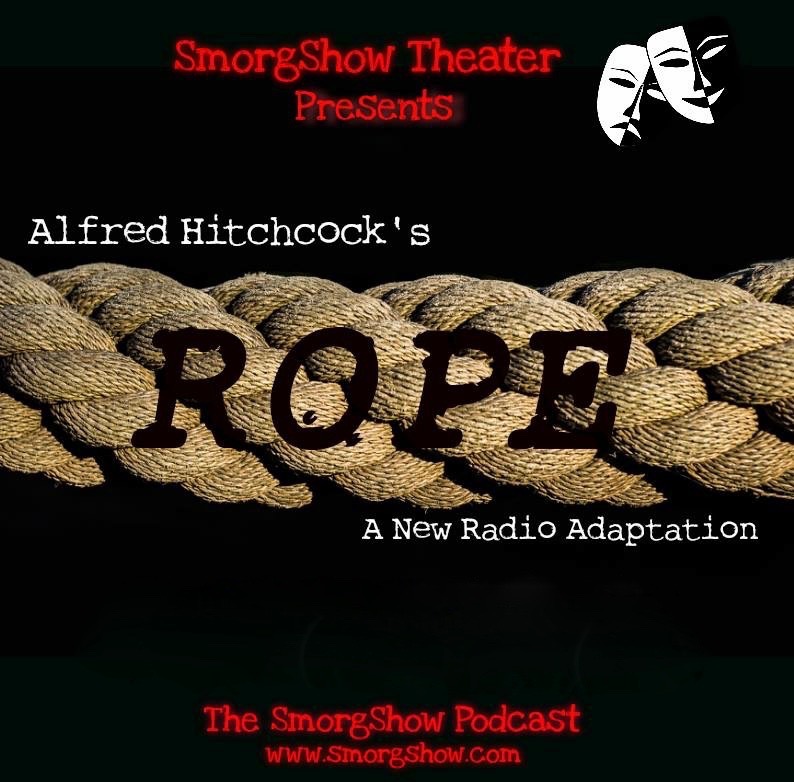 We are so excited to finally present our latest radio play that we have been working on since August.  Normally the SmorgShow players re-enact classic radio dramas, but in this episode, we aim to deliver something a bit different.  This time, we present to you a radio adaptation of “Rope”, a 1948 American psychological crime thriller directed by Alfred Hitchcock, based on the 1929 play of the same name by Patrick Hamilton.

In our story, just before hosting a dinner party, Philip Morgan and Brandon Shaw strangle a mutual friend to death with a piece of rope, purely as a Nietzsche-inspired philosophical exercise. Hiding the body in a chest upon which they then arrange a buffet dinner, the pair welcome their guests, including the victim’s oblivious fiancée and the college professor whose lectures inadvertently inspired the killing.

The Cast (In Order of Appearance):