In 1982, we released a collection of our very own songs (mostly parodies of others) as a collection called “Cow Dung and Chicken Tongue”.  It was released again in 1984 once our voices had settled down from puberty.  It was later reissued in 2002 as a 20th anniversary edition with extra bonus tracks from the post radio years.

1984 Tracks:  Cow Dung Chant/Prologue, Sympathy For the Deejay,Another School Dropout, Dust, Slime, It’s Still Rock and Roll to Me, The Black Cow, My Favorite Bar, Stuck in the Slammer Blues, Chicken Tongue Chant/Epilogue. Also embedded throughout the recording were live bits from the Tivoli Bowling Show.

2022 (Grade A 40th Anniversary Edition) – Coming February 2022 All original versions of songs plus remixes recorded between 2010-2021 as well as exclusive bonus material never released on the SmorgShow Podcast. 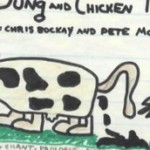 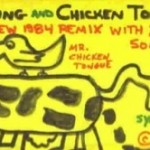 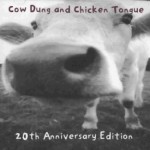 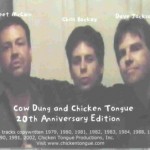 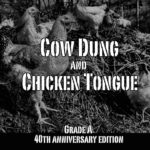