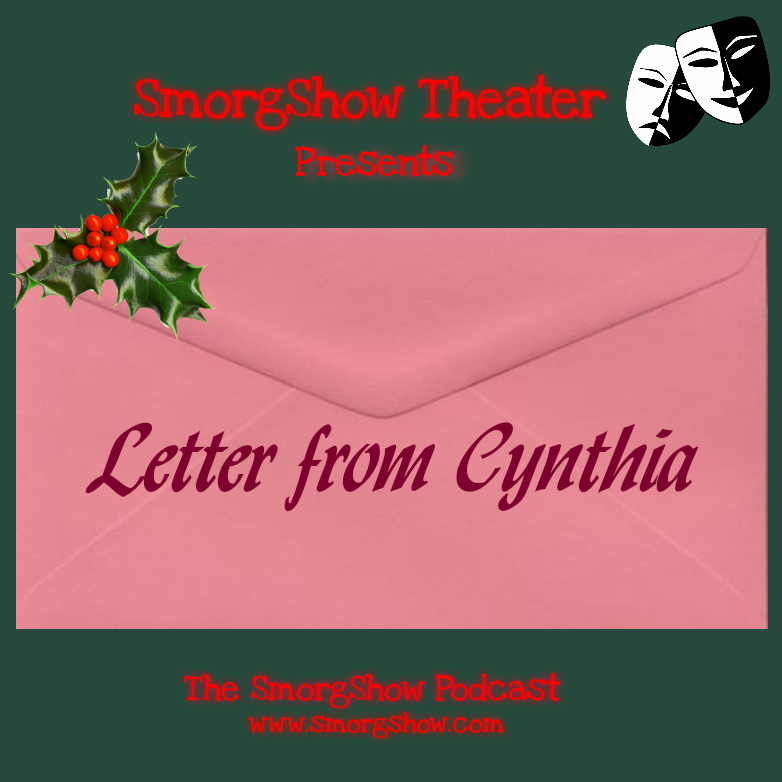 As we prepare for Christmas and to close out 2016, we present to you the 10th installment of SmorgShow Theater.  “Letter from Cynthia” is a re-enactment of an episode from “The Whistler” old-time radio drama series.

Originally aired on 12-25-1949, “Letter from Cynthia” finds a medical intern receiving a letter from a lost love, the love he lost to his best friend. In a strange turn of events, the man who took his love, his best friend, ends up in an accident at the hospital where he is interning. He has to make a decision between getting revenge and doing what’s right.

This episode has a different feel to it when compared with our previous radio plays.  We hope you take some time out this holiday season to kick back and listen.  Turn out your lights, bask in the glow of your fireplace or Christmas tree lights and let our story transport you back to a simpler time when families sat around their radio for entertainment.

We then discuss Ally’s performance in the “Let It Be Christmas” musical and play a clip of her promoting the show on the Steve Cochran radio show on WGN-AM 720.